“Through Word and Sacrament ministry we share the love, joy and peace of Jesus Christ among ourselves and with those around us.” 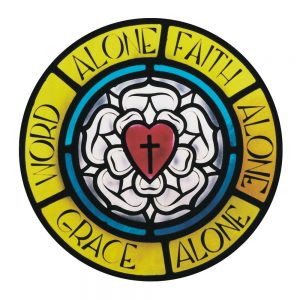 We Stand On Christ, the Solid Rock

More than 60 million Christians in the world today call themselves “Lutheran.” Despite their common name, there are many different kinds of Lutheran churches across the globe. Even though all Lutheran church bodies trace their origins to the Reformation led by Dr. Martin Luther in the 16th century, beliefs and practices among Lutherans today vary considerably.

In America, most Lutherans are divided among the three largest Lutheran organizations (which are known as “synods”). Immanuel Lutheran Church is a member congregation of the Lutheran Church—Missouri Synod (LCMS). The LCMS, with more than 2.5 million members, is the second largest synod in America. Our participation in the LCMS is based upon the core values and beliefs that we have in common with over 6,000 other LCMS congregations in America.

The Lutheran Church—Missouri Synod teaches and responds to the love of the Triune God: the Father, creator of all that exists; Jesus Christ, the Son, who became human to suffer and die for the sins of all human beings and to rise to life again in the ultimate victory over death and Satan; and the Holy Spirit, who creates faith through God’s Word and Sacraments. The three persons of the Trinity are coequal and coeternal, one God.

Being “Lutheran,” our congregations accept and teach Bible-based teachings of Martin Luther that inspired the reformation of the Christian Church in the 16th century.